摘自：http://ecfr.gpoaccess.gov
PART 830—NOTIFICATION AND REPORTING OF AIRCRAFT ACCIDENTS OR INCIDENTS AND OVERDUE逾期未到 AIRCRAFT, AND PRESERVATION保存 OF AIRCRAFT WRECKAGE碎片, MAIL, CARGO, AND RECORDS

(b) Preservation of aircraft wreckage, mail, cargo, and records involving all civil and certain public aircraft accidents, as specified in this part, in the United States and its territories or possessions.

top
As used in this part the following words or phrases are defined as follows:

Aircraft accident means an occurrence事件 associated发生 with the operation of an aircraft which takes place between the time any person boards the aircraft with the intention of flight and all such persons have disembarked上岸, and in which any person suffers death or serious injury, or in which the aircraft receives substantial damage. For purposes of this part, the definition of “aircraft accident” includes “unmanned aircraft accident,” as defined herein.
（翻译：航空器事故：一个事件发生于：某人上飞行器想要从事飞行，到此人下飞机之间，运行飞行器的行为所造成的任何人的死亡、受伤或飞行器严重损伤。这里所指的飞行事故包括无人机的事故）

Civil aircraft means any aircraft other than a public aircraft.

Fatal injury means any injury which results in death within 30 days of the accident.
（翻译：致命伤：造成30天内死亡的受伤）

Incident means an occurrence other than an accident, associated with the operation of an aircraft, which affects or could affect the safety of operations.
（翻译：事件：除了事故以外， 和航空器运行有联系的，影响或可能影响运行安全的事情）

Operator means any person who causes or authorizes the operation of an aircraft, such as the owner, lessee承租人, or bailee受托人 of an aircraft.

Public aircraft means an aircraft used only for the United States Government, or an aircraft owned and operated (except for commercial purposes) or exclusively特意 leased for at least 90 continuous days by a government other than the United States Government, including a State, the District of Columbia, a territory or possession of the United States, or a political subdivision of that government. “Public aircraft” does not include a government-owned aircraft transporting property for commercial purposes and does not include a government-owned aircraft transporting passengers other than: transporting (for other than commercial purposes) crewmembers or other persons aboard the aircraft whose presence is required to perform, or is associated with the performance of, a governmental function such as firefighting, search and rescue, law enforcement, aeronautical research, or biological or geological resource management; or transporting (for other than commercial purposes) persons aboard the aircraft if the aircraft is operated by the Armed Forces or an intelligence agency of the United States. Notwithstanding尽管如此 any limitation relating to use of the aircraft for commercial purposes, an aircraft shall be considered to be a public aircraft without regard to whether it is operated by a unit of government on behalf of another unit of government pursuant依照 to a cost reimbursement补偿 agreement, if the unit of government on whose behalf the operation is conducted certifies to the Administrator of the Federal Aviation Administration that the operation was necessary to respond to a significant and imminent threat to life or property (including natural resources) and that no service by a private operator was reasonably available to meet the threat.（国家航空器：美鬼人公私分明，我懒得翻译）

Serious injury means any injury which: (1) Requires hospitalization住院 for more than 48 hours, commencing within 7 days from the date of the injury was received; (2) results in a fracture断 of any bone (except simple fractures of fingers, toes, or nose); (3) causes severe hemorrhages, nerve神经, muscle, or tendon劲健 damage; (4) involves any internal organ器官; or (5) involves second- or third-degree burns, or any burns affecting more than 5 percent of the body surface.

Substantial damage means damage or failure which adversely不利 affects the structural strength, performance, or flight characteristics of the aircraft, and which would normally require major repair or replacement of the affected component. Engine failure or damage limited to an engine if only one engine fails or is damaged, bent fairings or cowling, dented skin, small punctured holes in the skin or fabric, ground damage to rotor or propeller blades, and damage to landing gear, wheels, tires, flaps, engine accessories, brakes, or wingtips are not considered “substantial damage” for the purpose of this part.
（翻译：严重损坏：对结构强度、性能、飞行特性造成不利影响，要求修理或替换受影响部件。发动机失效或损坏桁架、发动机罩、凹陷、穿孔，发动机桨叶。损伤起落架、转向轮、轮胎、襟翼、发动机附件、刹车或翼尖小翼不被认为是严重损坏）

(1) Any person suffers death or serious injury; or

(2) The aircraft has a maximum gross takeoff weight of 300 pounds or greater and sustains substantial damage.

top
The operator of any civil aircraft, or any public aircraft not operated by the Armed Forces or an intelligence agency of the United States, or any foreign aircraft shall immediately, and by the most expeditious迅速 means available, notify the nearest National Transportation Safety Board (NTSB) office1 when:

(a) An aircraft accident or any of the following listed serious incidents occur:

(2) Inability of any required flight crewmember to perform normal flight duties as a result of injury or illness;飞行人员受伤生病

(3) Failure of any internal turbine engine component that results in the escape of debris碎片 other than out the exhaust path;发动机排出碎片

(6) Damage to property, other than the aircraft, estimated to exceed $25,000 for repair (including materials and labor) or fair market value in the event of total loss, whichever is less.造成除航空器外，25000USD维修费用或市场价格

(i) In-flight failure of electrical systems which requires the sustained use of an emergency bus powered by a back-up source such as a battery, auxiliary power unit, or air-driven generator to retain flight control or essential instruments;飞行时电气系统故障，造成必须用备用电源来维持飞行和必要设备。

(ii) In-flight failure of hydraulic systems that results in sustained reliance on the sole remaining hydraulic or mechanical system for movement of flight control surfaces;飞行时液压系统故障，需要持久依赖唯一的液压系统或机械系统来控制飞行操纵面。

(iii) Sustained loss of the power or thrust produced by two or more engines; and持久损失2个以上发动机推力。

(iv) An evacuation of an aircraft in which an emergency egress system is utilized.使用应急出口进行紧急撤离。

(8) Release of all or a portion of a propeller blade from an aircraft, excluding release caused solely by ground contact;损失桨叶

(9) A complete loss of information, excluding flickering, from more than 50 percent of an aircraft’s cockpit displays known as:除了设备闪烁外，损失50%以上驾驶舱显示：

(iv) Other displays of this type, which generally include a primary flight display (PFD), primary navigation display (PND), and other integrated displays;

(i) When an aircraft is being operated on an instrument flight rules flight plan and compliance with the advisory is necessary to avert躲避 a substantial risk of collision between two or more aircraft; or

(ii) To an aircraft operating in class A airspace.

(11) Damage to helicopter tail or main rotor blades, including ground damage, that requires major repair or replacement of the blade(s);

(12) Any event in which an operator, when operating an airplane as an air carrier at a public-use airport on land:

(i) Lands or departs on a taxiway, incorrect runway, or other area not designed as a runway; or

(ii) Experiences a runway incursion侵犯 that requires the operator or the crew of another aircraft or vehicle to take immediate corrective action to avoid a collision.

(b) An aircraft is overdue and is believed to have been involved in an accident.飞行器逾期未到、并被认为和某事故有关。

§ 830.6 Information to be given in notification.

top
The notification required in §830.5 shall contain the following information, if available:

(a) Type, nationality, and registration marks of the aircraft;

(b) Name of owner, and operator of the aircraft;

(c) Name of the pilot-in-command;

(d) Date and time of the accident;

(e) Last point of departure and point of intended landing of the aircraft;

(f) Position of the aircraft with reference to some easily defined geographical point;

(h) Nature of the accident, the weather and the extent of damage to the aircraft, so far as is known; and

(i) A description of any explosives, radioactive materials, or other dangerous articles carried.

top
(a) The operator of an aircraft involved in an accident or incident for which notification must be given is responsible for preserving to the extent possible any aircraft wreckage, cargo, and mail aboard the aircraft, and all records, including all recording mediums of flight, maintenance, and voice recorders, pertaining关于 to the operation and maintenance of the aircraft and to the airmen until the Board takes custody守护 thereof or a release is granted理所当然的 pursuant依据 to §831.12(b) of this chapter.

(1) To remove persons injured or trapped;

(2) To protect the wreckage from further damage; or

(3) To protect the public from injury.

(c) Where it is necessary to move aircraft wreckage, mail or cargo, sketches, descriptive notes, and photographs shall be made, if possible, of the original positions and condition of the wreckage and any significant impact marks.

top
(a) Reports. The operator of a civil, public (as specified in §830.5), or foreign aircraft shall file a report on Board Form 6120.1/2(OMB No. 3147–0001)2 within 10 days after an accident（10日内报告事故）, or after 7 days if an overdue aircraft is still missing（逾期未到的飞机7天后报告失踪）. A report on an incident for which immediate notification is required by §830.5(a) shall be filed only as requested by an authorized representative of the Board. 2 Forms are available from the Board field offices (see footnote 1), from Board headquarters in Washington, DC, and from the Federal Aviation Administration Flight Standards District Offices.

(b) Crewmember statement. Each crewmember, if physically able at the time the report is submitted, shall attach a statement setting forth the facts, conditions, and circumstances relating to the accident or incident as they appear to him. If the crewmember is incapacitated, he shall submit the statement as soon as he is physically able.

(c) Where to file the reports. The operator of an aircraft shall file any report with the field office of the Board nearest the accident or incident. 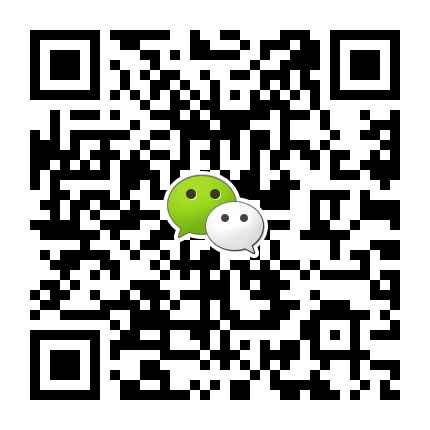